Reactions to Stephen Hawking's death slammed as 'ableist' — here’s why 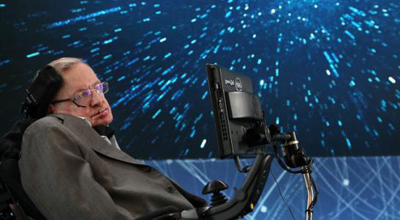 Among the social media posts honoring the A Brief History of Time author, who died March 13 at 76, are references to his use of a wheelchair and ALS diagnosis. Several tributes and obituaries have praised Hawking for “overcoming” his disease, while others claimed that death has “freed” him from his wheelchair. 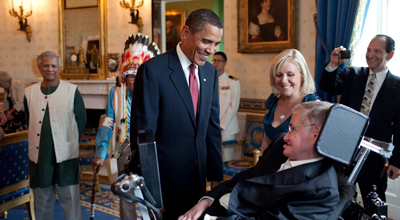 But those comments perpetuate demeaning stereotypes, advocates and members of the public, including model and deaf activist Nyle DiMarco and actress and YA author Melinda Salisbury, argued.

Shona Louise, an activist and disability rights, beauty, and lifestyle blogger, was among those tweeting her objection to how Hawking’s disability has been portrayed. She explained to Yahoo Lifestyle why it’s important to be sensitive when addressing Hawking’s health.

“Since the death of Stephen Hawking was announced, tributes and tweets have poured in and similar themes keep coming up again and again,” Louise said. “I’m seeing illustrations of him walking away from his wheelchair, countless tweets about how he overcame his disability during his lifetime, and just as many saying that he achieved what he did ‘despite’ his disability. All of these are ableist responses.

“I’ve also seen many people say that they don’t see his disability, which isn’t helpful either,” Louise, who blogs about her experience with Marfan syndrome, added. “When you erase someone’s disability, you are erasing their identity; you are erasing the discrimination they face. Stating that you don’t see disability does not help to break down stigma like some people seem to think. People’s ableist reactions to his death show just how deeply ingrained ableism is within society.”

There’s nothing wrong with celebrating Hawking’s life and incredible work — but it’s possible to do that without fixating on his disability.

“Stephen Hawking transcended the boundaries between being disabled or nondisabled, and that was the measure of him,” Philip J. Connolly, policy and development manager for the advocacy group Disability Rights U.K., said to Yahoo Lifestyle.

“He taught us all to identify with universal values. Now is not the time for labels but redefining what it is to be human: infinite wisdom, infinite curiosity, etc. in an infinite universe.”